At Marineholmen during OPPLEV on the 23rd of April, surrounded by high-tech gaming equipment, LEGO-robots and big TV-screens bioCEED showed up with only 3 cardboard boxes on a table.

Where we could not compete in technology, we certainly won in mystery, creativity, and fun! For the cardboard boxes contained not only air, but also a plastic tube locked by two padlocks and a series of riddles with the solutions for opening the padlocks “hidden in plain sight”. Our goal was to show people that learning something new can happen in various ways, also while solving an escape-box. For the riddles are made up of true facts, information on a selected topic, and while searching for the answers to the padlocks, the participants might indirectly learn something new, or at least having fun, which is just as (or even more) important in itself.

We made the escape-boxes with 3 different difficult levels, encouraging both kids and grownups to play, some tried it alone, some in groups – and we got around 100 people playing during this day! It was so lovely to see how much people enjoy challenging themselves trying to solve the riddles. For some the prize was not the candy inside the plastic tube, but the joy and self-efficacy they got from understanding the riddles and opening the locks. And for those not getting enough action from the boxes, we could even offer a whole escape-room! People could sign up in groups, trying to escape the paleoecology related escape-room we had built. With only 40 minutes to escape before the “oxygen ran out of the room”, people got to challenge themselves even further. 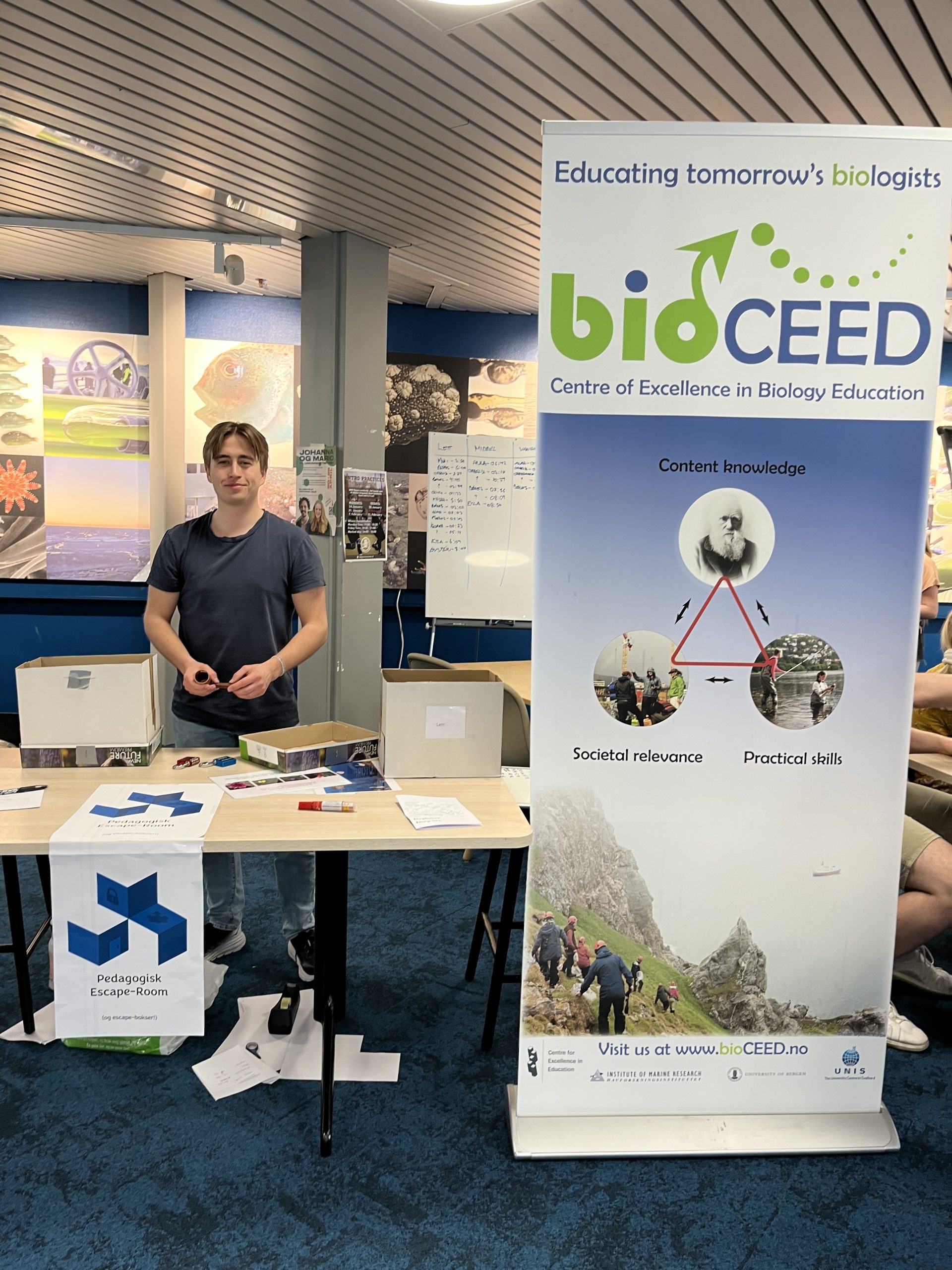 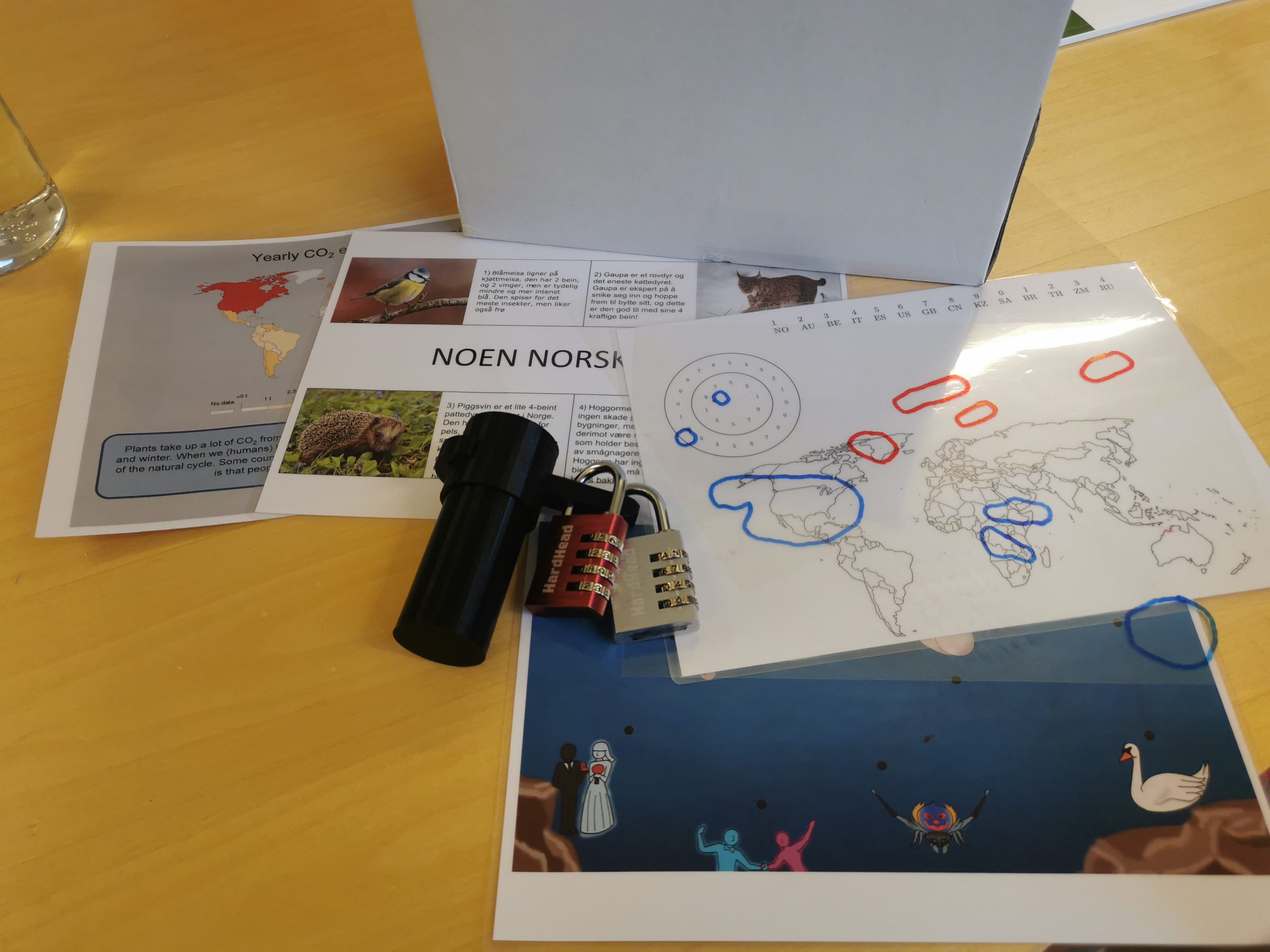 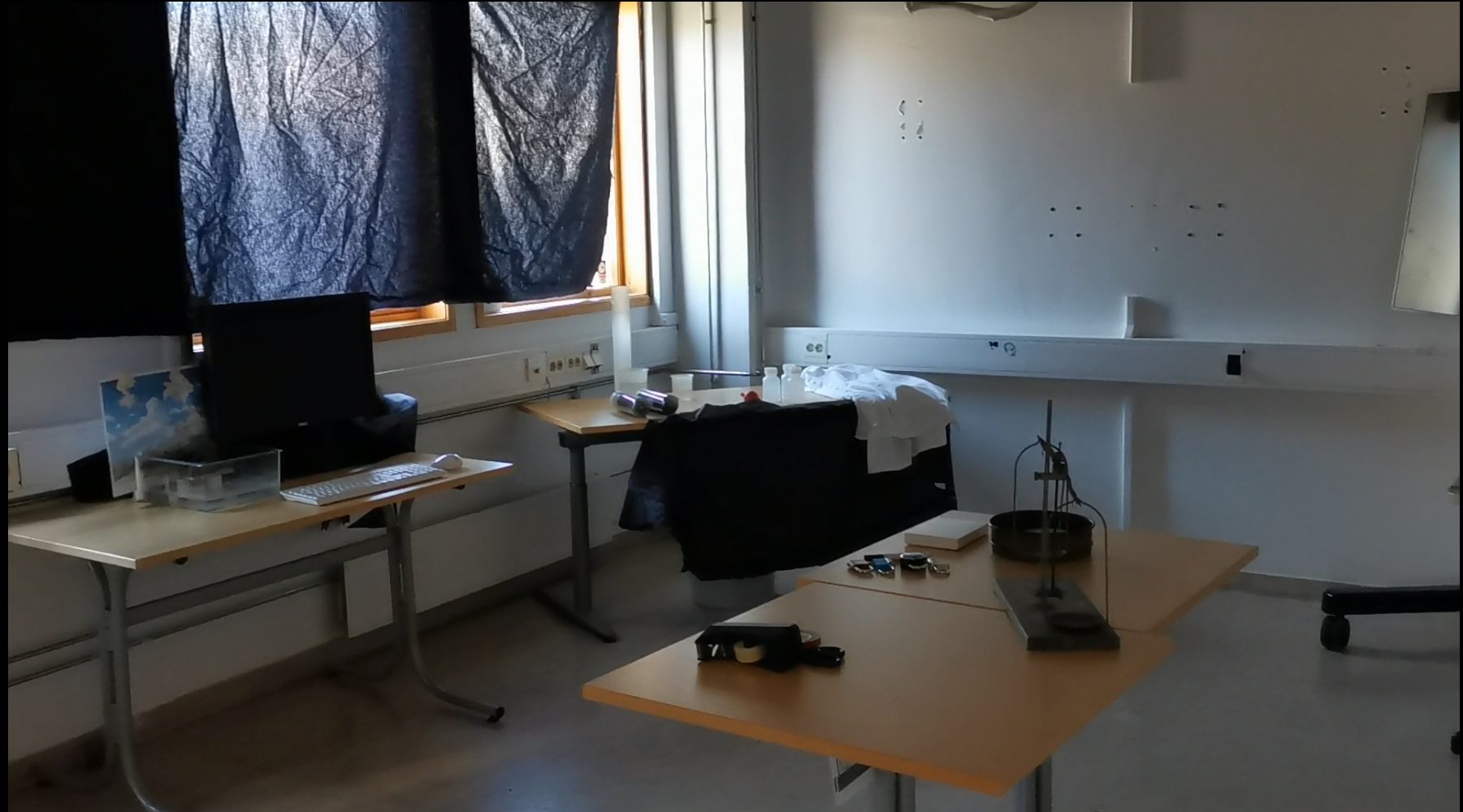 OPPLEV Marinholmen was a big success, the weather was fantastic, so many creative and fun booths people could visit. And to get around 100 people visiting the escape-box booth, around 20 people playing the escape-room was fantastic. The idea of using the “escape” concept in teaching is fairly new, and to see how much people enjoyed it opens up even the most difficult heart-shaped locks.

In all fairness, we have actually been quite technological as well! During the pandemic, Sehoya Cotner and Ruben S Thormodsæter made a digital escape-room to teach about the biodiversity of reproductive strategies; do you want to try it? Click HERE!
If you want to know more on how we did that, or how you could use the escape concept in a pedagogical manner, don’t be afraid to contact us!